Acumen Lawyers can help you with
your employment needs & issues

Prevention: We can assist you so your workplace runs smoothly,
with minimal legal risk. We know what you need.

Litigation: We demystify the court process and fight hard
for your workplace rights.

Have a workplace dispute?
Something not quite right with your employment contract or entitlements?
Being treated unfairly at work?
Have a workplace issue that has you concerned?

Get our workplace law updates 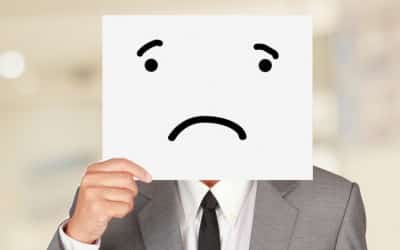 Beware the trap of the disgruntled employee – Part 2

Taking over an established business can be fraught with anxiety for employers.

The anxiety is not one-way and it can take time for a workplace under new ownership to return to its previous harmonious state.

In the final article of our two-part series we feature a dismissal case about the wrong way to manage a disgruntled employee who takes to Facebook.

Make this mistake and the FWC will be reaching for the ‘unfriend’ button.

END_OF_DOCUMENT_TOKEN_TO_BE_REPLACED

Beware the trap of the disgruntled employee – Part 1

Disgruntled employees with unresolved workplace issues can be difficult to manage.

Get it wrong and you can be in all sorts of legal trouble.

In part 1 of “Beware the trap of the disgruntled employee”, we feature a case which shows how not to handle a workplace dispute.

Find out how it went wrong for this employer, so it doesn’t happen to you.

END_OF_DOCUMENT_TOKEN_TO_BE_REPLACED

An employer has found out the hard way, the risks associated with failing to protect a worker from systematic workplace bullying and sexual harassment.

Rather than taking a worker’s complaint seriously, the employer failed to address issues which a Court later considered could have been avoided by “relatively simply means”.

END_OF_DOCUMENT_TOKEN_TO_BE_REPLACED

‘Go ahead and sack me’ threat backfires before FWC

A recent unfair dismissal case showcases a clever framework adopted by an employer in an attempt to end a workplace dispute.

As the dispute worsened, one of the workplace disputants even goaded her employer to sack her.

Was the employer being lured into a carefully laid trap?

Did the employer fall for it?

Read on to find out…

END_OF_DOCUMENT_TOKEN_TO_BE_REPLACED

A recent Stop Bullying Order by the FWC serves as warning to employers of the broader burden that an order could impose on their workplace and potentially, their management prerogative.

The FWC’s Order not only restricted the workplace interaction between the parties, it went so far as to restrict work attendance times and face-to-face communication.

Read on for our analysis of the FWC’s Order and our tips for preventing it happening to you.

END_OF_DOCUMENT_TOKEN_TO_BE_REPLACED

In a recent article, we profiled an unfair dismissal case where the Fair Work Commission had to consider whether a worker swearing at the boss was okay.

In the tradition of ‘truth at times being stranger than fiction’, we now profile a dismissal case involving a boss telling a worker to “F*** off”.

Is it okay for the boss to lose their cool and swear at a subordinate?

What if the boss shows regret later on?

Does it matter if the worker had exhibited a “belligerent, uncooperative attitude” for some months?

Did the boss’s actions amount to an instant sacking?

The FWC had to wrestle with these issues and more …